Mr. Mongo is known for his amazing abilities to open things.  He has opened molasses jars, tomato sauce jars, a metal sesame oil can, among other things.  When it comes to food, no thumbs is no obstacle.

But when Dad went to South Africa again, Mongo had an anxiety attack.  And when Mongo is anxious, Mongo eats.  The problem was that Mom-mom didn’t leave any food just lying around.  Dad can usually be counted on the leave something lying on the counter, whether it is a box of cookies, or just an avocado.  (Mongo LOVES avocados.)  Mom-mom is just too neat.

Working out how to steal a tomato or avocado off the counter usually occupies Mongo enough to take his mind off his separation anxiety when Dad has to go on the road.  With no easily accessible food at Mom-mom’s house, he had to work at getting something to nosh on.  Of course the more work, the more he eats.  And the more he eats, the less he worries.

And this time he had eight times less worry.  Mom-mom did not think he would open the special cans of tasty dog food she keeps in the kitchen for her little dog, Spork, but he did. END_OF_DOCUMENT_TOKEN_TO_BE_REPLACED

Mongo has spent a month at Mom-mom’s house.  He has not stopped his eternal quest for food at all in this time.  Mom-mom bought pizza for her and brother Drewbie, but they did not take the empty pizza box straight out to the compost bin.  This was a bad plan.

It is easy to understand how they could be indecisive at the critical moment.  In Seattle, there are three bins to put items suitable for disposal,

However, GREASY cardboard does not go in recycling.  So where does it go? END_OF_DOCUMENT_TOKEN_TO_BE_REPLACED

Heidi in Spain and Portugal on her way home 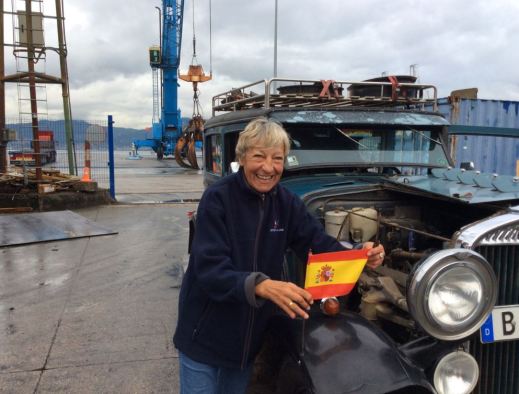 Heidi and Hudo continue to log miles.  She is currently in Iberia. She will drive around the Iberian Peninsula counter-clockwise, to the Cote d’Azur, Paris, and finally home to Berlin in March of this year. Heidi and Hudo were welcomed very warmly all over the world. There are more than 6.000 photos in Heidi’s instagram feed. If you would like to leave a comment for Heidi, please do it here, or write to her (in english or deutsch please) at her email meet.heidi.along.the.way(a)gmail.com

Source: Heidi in Spain and Portugal on her way home

Mongo and Dad on Different Continents 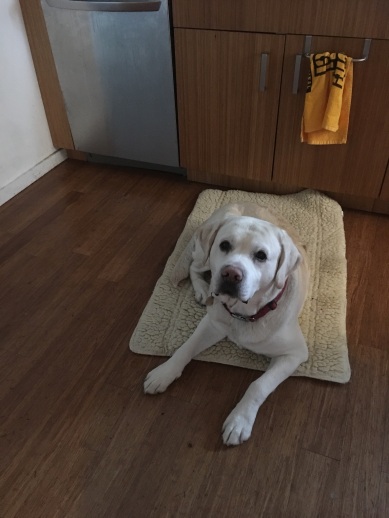 Not much has been written about Dad and Mongo in the past two months.  Mostly we can surmize that this drought is more the result of the fact that Dad has been travelling for most of that time, rather than writer’s block.  Since October of 2016, Dad has been to South Africa, USA, New Zealand, USA (Pittsburgh [note the genuine Terrible Towel behind Mongo in the picture], Dallas, Atlanta,  Minneapolis, & Pasco, WA;  everywhere in the US of A except Seattle!), and back to South Africa.

He and Mongo have barely had time to get their feet muddy together since October.  Fortunately, they did get to go duck hunting in January, just before Dad left for South Africa again.

Dad has to give special thanks to Mongo’s brother Drewbie & sister Kimi and to Mom-mom for taking such good care of him these past few months.

Now as Dad prepares to head back to the USA again for a few weeks, he is already trying to figure out how to fit in two pheasant hunting trips, and at least one X-C ski free-for-all.

But for Mr. M, there is not much to do but sit and wait.