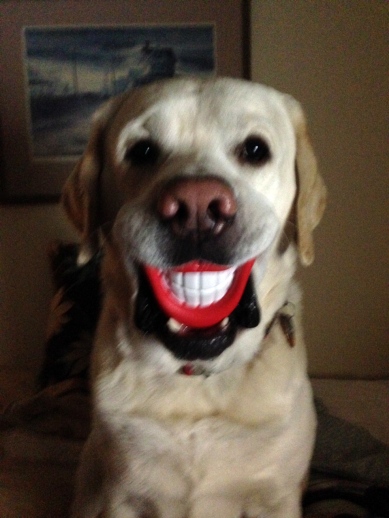 Mongo has spent a month at Mom-mom’s house.  He has not stopped his eternal quest for food at all in this time.  Mom-mom bought pizza for her and brother Drewbie, but they did not take the empty pizza box straight out to the compost bin.  This was a bad plan.

It is easy to understand how they could be indecisive at the critical moment.  In Seattle, there are three bins to put items suitable for disposal,

However, GREASY cardboard does not go in recycling.  So where does it go? END_OF_DOCUMENT_TOKEN_TO_BE_REPLACED 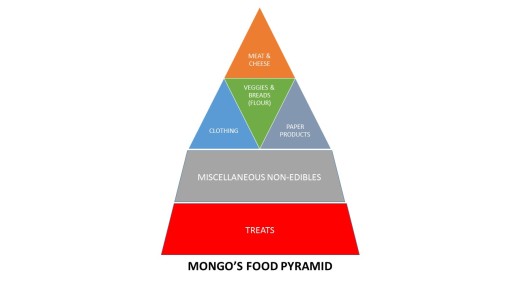 omnivore: noun; an animal or person that eats a variety of food of both plant and animal origin.  See Mongo.

It seemed fairly simple.  Dad decided to add some kale to the greens.  It was delicious.

However, in the days before Mongo, there would have been a lot of vegetable scraps to put in the compost.  But Mongo loves vegetables.  So not much goes into the compost hopper as long as it is dog-safe.  So what kinds of things does Mongo eat? END_OF_DOCUMENT_TOKEN_TO_BE_REPLACED

On the Horns of a Dilemma

During apple season, Mongo is always on the lookout for fallen apples.  Despite the fact that he has been stung on multiple occasions by yellow jackets hiding in the apples, he continues to scoop them up if he comes across a tasty one.

This morning, Mongo had scored another apple from a tree near the house.  He carried it back and then into the kitchen.

Dad looked at him and asked, “Do you want to EAT?”  EAT being one of Mongo;s favorite words, he opened his mouth, dropped the apple, and did a happy dance around the kitchen.

Dad prepared his kibbles and green beans, and placed the bowl on the floor. Mongo scarfed it up with his usual gusto.  Then he appeared puzzled for a moment as he surveyed the kitchen.  When he saw the apple, he sauntered over and scooped it up again.

Now Mongo knows apples are outside food.  So he stood there in the kitchen with the apple in his mouth, looking at Dad expectantly.  He was waiting for Dad to give the command “OUTSIDE”.  Instead Dad threw him a curve ball.

END_OF_DOCUMENT_TOKEN_TO_BE_REPLACED 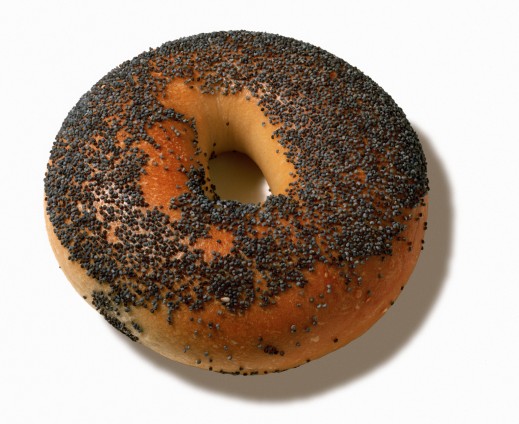 Early in the morning, Dad had purchased two bagels.  Dad had eaten his, but he left Drewbie’s bagel on the kitchen table, waiting for him to wake up.  Will Dad ever learn about leaving bagels out?

END_OF_DOCUMENT_TOKEN_TO_BE_REPLACED 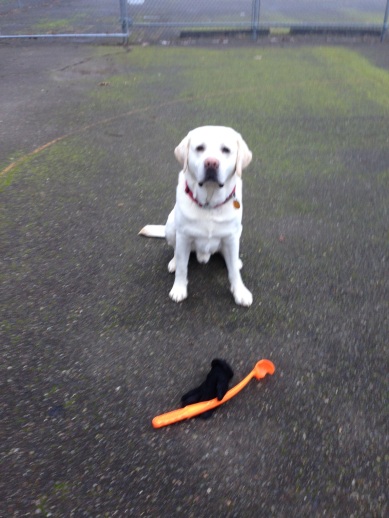 Drewbie thinks Mongo is missing Dad.  Dad has been travelling for four weeks now.  See if you can find Mongo in the picture below.   END_OF_DOCUMENT_TOKEN_TO_BE_REPLACED 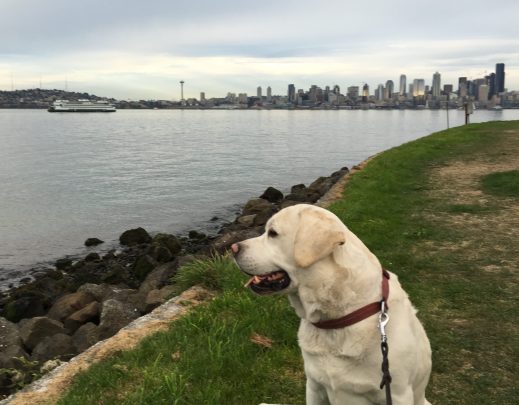 In Seattle, the fall season, when the days are shorter, but the winter rains have not yet descended on the city, it can be a wonderful time to go for a walk.  There are plenty of beautiful sunsets, and scenic vistas to enjoy.

It was with these thoughts in mind that Dad and Mongo returned to Alki Beach.  Dad knew the good weather would not be around much longer, and with several business trips in the offing, neither would he.  So he had a special surprise treat planned for Mongo on this trip.

END_OF_DOCUMENT_TOKEN_TO_BE_REPLACED

An Apple a Day… 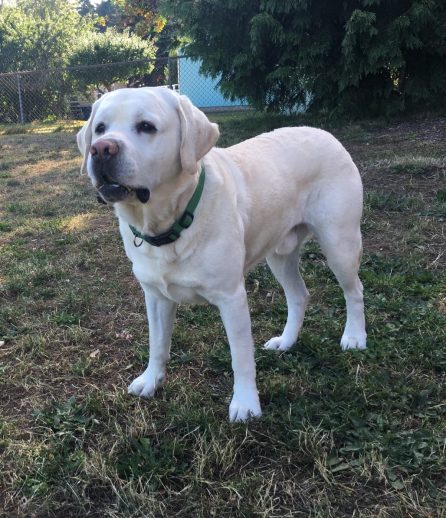 Mongo has had his issues with apples.  Last fall he learned that it is not always safe to pick apples up from the ground, since one can never be sure if a mean-spirited critter, like a yellow jacket, has taken up residence in the apple, and might object to becoming part of Mongo’s snack.  But in the interest of continuing education…